With double the Health of a regular Academy, the Spartan Academy is even sturdier than a Monument!
Aphrodite cannot charm Spartan Academies.

Spartans have twice the Health and Strength of Hoplites, and slightly higher Speed.
Spartan troops are immune to Aphrodite’s Charm!

Spartans can be assigned to guard a specific building in your city.
For example, you can assign a group of Spartans to protect a key Temple.
Tap on each Spartan Academy to select which building its troops should guard.

You can customize the area that Spartans will defend. Choose between a small, medium, or large patrol radius, or leave the Area setting off to allow Spartans to travel anywhere on the map.
Tap on each Spartan Academy to toggle between the Area options. 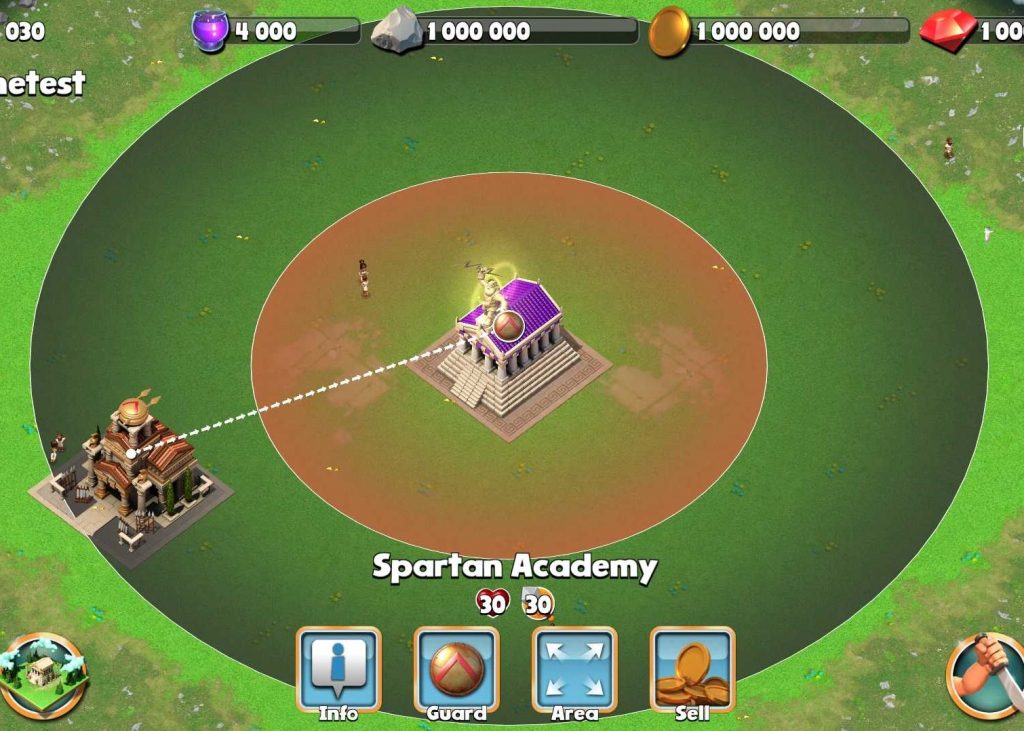 You can unlock Spartan Academies at Level 60.

VFX slider: Access this option in the Settings menu to optionally turn off some visual effects to improve performance (for older devices.)

Check out this video for a preview of the Spartan Academy!