A new update is on its way, introducing extra city slots, new challenge modes, alliance flares, and balance changes! Read on for details, and to find out what we’re working on next!

Several different Challenge Event modes will be rolling out over the coming weeks, including:

More details and previews of these challenges are coming soon! 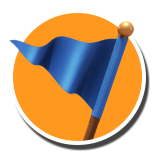 Tap the flag icon at the bottom of a battle,
then tap a position on the map to guide your alliance mates!

In addition to City Slots, you may also notice some changes to the user interface and controls while building your city.
For example, try tapping twice on a tree or rock from newly bought land to Select All nature and gather it all at once!
You can also cycle through Building Summary screens for other building types by tapping them multiple times – each tap will expand the selection to a broader building category.
These additions lay the foundation for some upcoming City Editor features which will include mass selling and upgrading. We’re working hard on these features and more for the coming updates!

WHAT’S NEXT?
It’s been a while since our last major update, so we wanted to give you some hints on what we’ve been working on, and what you can expect in future updates. The following features are all currently in development:

Check out this video for a preview of the new features!